Multimedia performance at the Artie Center for the Promotion of Culture, the art of design in collaboration with University Library “Svetozar Markovic” and Student Cultural Center (SKC) in Belgrade.

“Virginia Woolf and modern society“ was designed as a monodrama performed by actress Tijana Kondic, complemented with video and audio recordings, which in a contemporary way reflect on the character and work of the great English writer Virginia Wulf, but also on literature and social engagement today. Performance was part of the exhibition of the University Library “Tops of the English Novel”, which opened in October in the library hall, about 200 years since the birth of Charles Dickson and 130 years since the birth of James Joyce and Virginia Wulf.

This project, as part of the already mentioned exhibition, is designed to be completely independent and leaves room for many elements, both dramatic and literary, to be added and developed as an independent performance of an educational type, as it speaks about the writer itself, its creativity, and the time in which she lived, throwing away also a review of contemporary literature and comparing the two ages. Through dramatic performance using the original parts of the author’s texts, this performance in a very interesting way approaches the viewer of the epoch, the topics dealt with by the author and her entire creation. Biographical elements are also present, writing motivation as well as crisis, internal conflicts and many creative processes through which great artists and writers such as Virginia Wulf have passed.

The project is conceived as the first in a series of multimedia performances that deal with classical literature and the lives of writers in a contemporary way, close to the modern audience. As such, it aims to make today’s society more interested in consuming literature, or to indirectly invite the audience to study the life and work of the great classical literature.

The original texts of Virginia Wulf were used in the work:
"Mrs. Dalloway"
"Own room"
"Behind the ranks"
"Words, words"

An original farewell letter addressed to Leonardo Vulf, immediately before the suicide on March 28, 1941. 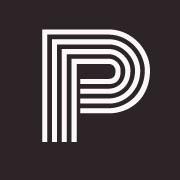